The act includes several extensions of popular provisions of earlier COVID relief and stimulus acts passed in 2020. This includes additional loans under the Paycheck Protection Program (PPP) (including the allowance of a second round of loans for certain small businesses), relief for the hard-hit transportation industry, additional funding for programs related to vaccines and virus testing, and further expansion of federal unemployment assistance (providing $300 a week in unemployment payments, half of the amount received under the acts passed in the spring).

There are numerous tax provisions in the omnibus act, generally contained within one of four named acts contained within the massive legislation: the COVID-19-Related Tax Relief Act, the Economic Aid to Hard-Hit Small Businesses, Nonprofits, and Venues Act, the No Surprises Act, and the Taxpayer Certainty and Disaster Tax Relief Act of 2020. From a tax standpoint, there are not many new provisions providing new forms of stimulus and relief. However, several small changes are made to provisions  of the Families First Coronavirus Response Act and the Coronavirus Aid, Relief, and Economic Security (CARES) Act, while also extending them beyond their initial expiration date. It does include another round of direct payments to taxpayers, extensions of the charitable contribution provisions and employee retention tax credit, relief for lower income taxpayers on tax credits, and a clarification of the treatment of business expenses for small businesses with forgiven PPP loans. The act also includes an extension of popular individual and business tax breaks scheduled to expire at the end of 2020. This information is provided via CCHAnswerConnect.com.

The COVID-19-Related Tax Relief Act includes the extensions and expansions of tax-relief contained in the Families First Coronavirus Response Act and the CARES Act. It also includes some new provisions aimed at providing tax relief to taxpayers suffering medical and economic hardships due to the ongoing COVID-19 pandemic.

Just as with the CARES Act in March, the act includes a direct payment to taxpayers in an effort to stimulate a flagging economy. The provision was a late addition to the package, in response to demands from several lawmakers on both sides of the aisle. Unlike the Economic Impact Payments (also known as Recovery Rebate Credits) provided in the CARES Act, these payments are only $600 per individual, where the earlier round in the spring provided a $1,200 payment per individual. However, families can claim the full $600 amount for child dependents, where the credit was limited to $500 for children in the previous round of payments. Otherwise, the direct payments are generally structured as they were in the spring. The payment is actually a credit against 2020 taxes, and begins to phase out for individuals with adjusted gross income in 2019 in excess of $75,000 ($150,000 for joint filers). The amounts do phase out faster than the earlier payment, so fewer taxpayers will receive direct payments this time around.

Pursuant to a memorandum issued by President Trump on August 8, employers were allowed to defer their employee’s share of payroll taxes from the period beginning  September 1, 2020 through December 31, 2020, paying them ratably after the deferral period through April 31, 2021. The act extends the “payback period” to December 31, 2021. Penalties and interest will begin to accrue on the deferred taxes on January 1, 2022.

The act requires that the Treasury issues regulations providing that personal protective equipment and other supplies used to prevent the spread of COVID-19 qualify for the above-the-line educator expense deduction.

The act includes a clarification of the treatment of business expenses by businesses that received PPP loans that were subsequently forgiven. In Notice 2020-32, the IRS determined that any business expenses paid with the proceeds of a forgiven PPP loan cannot be deducted. This is because the
Code and Regulations prohibit the deduction of business expenses allocable to tax-exempt income, and a forgiven PPP loan is excluded from income (normally, a forgiven loan gives rise to taxable cancellation of debt income). However, the act expressly provides that the intent of the original
legislation was that such expenses can give rise to a deduction.

Exclusions of Grants and Loan Forgiveness

The employer credit for paid sick and family leave, originally part of the Families First Coronavirus Response Act, is extended. The credit was originally set to expire at the end of 2020, but the covered period is extended to March 31, 2021. The act extends the employee retention tax credit to apply to compensation paid to a covered employee through June 30, 2021. The credit, originally part of the CARES Act, was set to expire with respect to compensation paid after December 31, 2020. The act also makes a temporary change in the calculation of the earned income tax credit and the child tax credit. Under the provision, lower-income taxpayers can instead calculate the credits for the 2020 tax year using income
information for the 2019 tax year. The calculation of both credits can result in a lower credit amount in a year where there is a reduction in income. The provision allows lower-income taxpayers who may have seen a reduction in wages in 2020 due to the pandemic to use 2019 income amounts (if higher) to calculate the amount of the credits for 2020.

The act allows employers maintaining plans that made a qualified future transfer may elect to terminate the transfer, effective for any tax year after the election is made. The election must be made no later than December 31, 2021.

The Economic Aid to Hard-Hit Small Businesses, Nonprofits, and Venues Act is largely related to the extension and enhancement of the popular Paycheck Protection Program. The significant majority of this section of the act does not have a direct tax effect. However, because the PPP does provide for the exclusion from income of forgiven PPP loans, it does have a tangential effect, and is worth noting the existence of the extension. However, the PPP itself is beyond the scope of this Wolters Kluwer Briefing.

The omnibus package also includes the No Surprises Act, the highlight of which is a prohibition on surprise medical bills, where a patient receives a separate, and sizable, medical bill from an out-of-network health provider while receiving treatment at an in-network facility. Due to the peculiarities of health care-related legislation, largely due to the Affordable Care Act, many changes are made to the Internal Revenue Code, but the breadth of actual tax impact is narrow, and in most cases nonexistent.

The act also extends many popular tax breaks for individuals and businesses. These provisions, commonly known as “extenders” are generally extended every year or two for one or two years, and most were scheduled to expire at the end of 2020. Unlike previous years, the extensions are not uniform, some are extended to 2021 only, others to 2025, while others have been made permanent. A table of these extended provisions can be found below.

The act also includes disaster tax relief for federally declared disaster areas during 2020. The relief includes the forgiveness of early-withdrawal penalties under Code Sec. 72(t) for qualified disaster distributions, the
recontribution of amounts withdrawn for home purchases, and an increase in the amount of loans from qualified plans. An employee retention credit is also allowed for employers in affected areas, as well as special casualty
loss rules for affected individuals. The package of disaster tax relief is essentially the same as was historically provided in the wake of major disasters like hurricanes or wildfires. However, unlike the
disaster-by-disaster approach that was taken in the past, this relief generally applies to all declared disasters during the period beginning January 1, 2020, and ending 60 days after the date of enactment of the act.

Finally, in an effort to shore up the dining industry, the act includes a temporary return of the business deduction for meals. The deduction, originally eliminated more than  thirty years ago, allows for businesses to deduct the full amount of meals, including beverages, provided at a
restaurant. The deduction is allowed for 2021 and 2022 only. 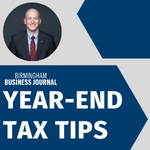 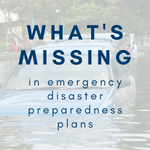 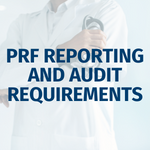 Director Bill Bach shared his expertise with Birmingham Medical News about Provider Relief Fund (PRF) reporting. As the leader of Kassouf’s Assurance Services Group, Bill offered advice to help providers who ... Read More
This website uses cookies to improve your experience. We'll assume you're ok with this, but you can opt-out if you wish. Cookie settingsACCEPT
Privacy & Cookies Policy

This website uses cookies to improve your experience while you navigate through the website. Out of these cookies, the cookies that are categorized as necessary are stored on your browser as they are essential for the working of basic functionalities of the website. We also use third-party cookies that help us analyze and understand how you use this website. These cookies will be stored in your browser only with your consent. You also have the option to opt-out of these cookies. But opting out of some of these cookies may have an effect on your browsing experience.
Necessary Always Enabled
Necessary cookies are absolutely essential for the website to function properly. This category only includes cookies that ensures basic functionalities and security features of the website. These cookies do not store any personal information.
Non-necessary
Any cookies that may not be particularly necessary for the website to function and is used specifically to collect user personal data via analytics, ads, other embedded contents are termed as non-necessary cookies. It is mandatory to procure user consent prior to running these cookies on your website.
SAVE & ACCEPT